Please note the Imperial County Public Health Department will be closed to all walk-in services for the public. Department staff will be available to provide assistance by phone to members of the community who have questions related to any of the Department’s essential services.

The prevalence of overweight and obesity is higher among adolescents and adults who drink sugary beverages than those who do not. Sugary beverage consumption is highest among groups that are at greatest risk of obesity and type 2 diabetes: ethnic minorities and the poor. Imperial County’s percentage of adults overweight or obese is 67.1%, and percentage of adults drinking one or more sodas per day is 36.4%.

Sugary drinks provide the single largest source of added sugar in the American diet and may lead to obesity, type 2 diabetes, heart disease and other chronic illnesses. Consumption is especially high among children and teens.

Sugary drinks are harming our children, if we don’t reverse this trend, the current generation of young people may be the first in American history to live with more sickness, and die younger, than their parents.

CA4Health counties will reduce consumption of this major contributor to childhood obesity by making healthier drinks more accessible through such actions as the adoption of healthy meeting, vending and procurement practices in places like schools, community organizations and government.

Imperial County is currently working with schools, community organizations and government agencies to decrease access to sugary beverages and increase access to healthier beverages by implementing beverage standards in vending, procurement, and/or other policy, systems and/or environmental changes.

As of January 1, 2013 the following sites have adopted/implemented a beverage standard: 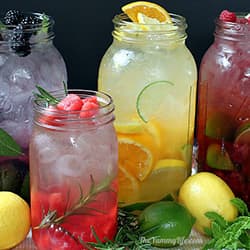